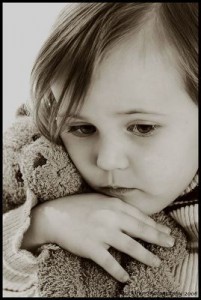 This is something that never ceases to amaze me. In 2000 my husband and I took in a friend’s daughter when we realized there was something very sinister occurring in her home life. My first clue was when I had my first conversation with the couple. They introduced the child as difficult; she was a liar and a thief.  I thought that wasn’t a very nice way to introduce the young girl that would have made her feel awful. Her mother went on to say that she locked the food away so her daughter couldn’t get into it. Wow that was my first red flag! Who locks food away?

To cut a long story short, the man wasn’t her real father. Essentially when he came on to the scene he started to create stories and pull stunts that would put a wedge between the girl and her mother. Over a period of months to a year he had insured that the child was completely perceived as untrustworthy and a trouble maker. This was to ensure that if she tried to tell people what he was doing to her no one would believe it.

We struck a friendship up with the child as she would come to our home for singing lessons. The child was going to sing at the couple’s wedding. There is so much to this story, spanning over a long period of time. So I will cut to the important parts. The child confirmed that she was being molested. This came about by another friend walking in on the stepfather and catching him in the act. The other friend walked out again saying nothing at the time. Then later came to our home in tears, telling us what she had seen and what was she to do about it.

I rang the police and all the appropriate child support agencies and cutting to the important parts the child became our foster daughter. The important information I want to get across is her story.

It began with him hugging her for what she felt was too long. When she would complain about this she was dismissed as being silly. He would walk in on her in the shower and just watch her. When she complained about this, he would say he just walked into open the window to let the steam out and it just didn’t occur to him that that was a problem. Of course the mother took his side. These incidents built and built and became worse and worse. He had the child convinced not to say anything because no one would believe her. Unfortunately the people surrounding the child didn’t believe her, because he had been so successful at discrediting everything about her.

One day she broke down at her school and told her teacher. Well the school called the Police and he was arrested and removed from the home. The mother kept this a secret from everyone.

Late at night she would sneak him back into the house. The mother would say to the child that they needed him to pay the mortgage. Unfortunately the authorities didn’t follow it up and everything went back to normal. This all happened before I met the family. Then this woman went on and married the man that was raping her child. The women said she loved him and didn’t see her child as a victim but as the other women trying to destroy her happiness.

Well he was caught red handed and we took her in, this began a very difficult journey of her recovery.

This is where I need to share some very important information.

The people surrounding this child did notice things, but they just didn’t want to believe such a horror could exist. It was easier for them to just believe it wasn’t happening.
If you see things that make you feel uncomfortable, don’t look away. Children need to be championed!

The more we talk about this subject, the more open we are to the possibilities of this occurring. The harder it is for these monsters to hide in plain sight!