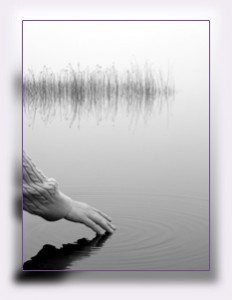 It was already 6.30pm and Christine new she was going to be late. One last, quick look around the room and she was satisfied she hadn’t forgotten anything. Out the front door she flew, turning quickly to lock it.

The car doors unlocked with a deft press of a button as Christine walked towards the car. In seconds she was seated, strapped in and on her way down the street.

Christine noted that the time was now 6.32pm. She exhaled in agitation, then calmly resigned herself to the fact she was going to be 10 minutes late. Oh well, better late than never, she thought. It wasn’t long before she was pulling into a car park just in front of a white building that had the look of a community hall.

Christine had arrived, as she had previously calculated, 10 minutes after the class, if you could call it a class, was due to start.

This was going to be interesting; Christine had been invited by her friends, Fred and Elizabeth, to join them in a clairvoyant meeting that they themselves were conducting.

Christine had first met Elizabeth in a play that they had both worked on, and then later met Fred, Elizabeth’s husband, who was working front of house on the same play.

Christine had noticed Elizabeth reading a lot of metaphysical literature backstage while they waited for their individual cues. Upon asking what her interest in it was Elizabeth explained that her husband Fred was a clairvoyant and that they both conducted a clairvoyant class on Tuesday nights at a venue in a local suburb.

Christine, intrigued, asked if she might come along one night, and Elizabeth had kindly agreed.

Christine entered the building and could see people entering a room on the left; she followed and was pleased to see Fred and Elizabeth within.

There were chairs set up in a large circle with one or two tables. Most of the chairs were already taken. Christine, after exchanging warm greetings with Elizabeth and Fred, grabbed the nearest empty chair.

Just after taking her seat, the group was informed that tonight they would be doing a guided meditation.

Christine thought that this sounded interesting and relaxing, all at the same time.

Fred asked everyone to close their eyes, take some deep breaths and to try and relax their bodies, making themselves as comfortable as possible in their chairs.

The group were then asked to imagine a desolate, flat terrain where the air was dry and cool, with next to no breeze. Once the group had found a place in their mind that closely resembled this, they were then asked to see a small, round, still pool of water in the centre of this imagined place.

Christine had done what she was instructed and in her mind’s eye, calmly walked over to the pool of water and sat herself down cross legged beside it. Christine looked into the water: it was dark and still. She didn’t really notice how the pool of water did not reflect her image back as she gazed into the dark water.

Suddenly her attention was arrested by a dark flickering at the corner of her eye. As she turned her head, Christine noticed a black crow alighting softly onto the ground next to her.

The crow seemed larger than others she had seen before. This crow’s feathers were as dark as night and yet seemed to glow with a soft, muted light.

The crow seemed to pull at her mind, requesting – no, insisting – that she needed to follow. The crow spread its magnificent wings and leaped into the air, soaring up into the sky, and with the crow went Christine’s consciousness.

So thrilling was the experience, it was as if Christine had turned into a bird and was flying just above and behind this wondrous creature. The crow’s flight took them into a night sky and over what appeared to be a city, with its tapestry of colour and twinkling lights. All too soon they spiralled down and landed. Christine looked around, at first only noticing the trees and flowers, but soon was able to make out stone shapes resting quietly in the dark.

This place seemed familiar, and at last she knew where she was. It was Che’s final resting place.

Christine started to cry softly as Che stepped out from the shadows. Christine could feel him communicating with her rather than hearing him. He was asking her to let him go: it had been so many years and her grief was stopping him from moving on.

Christine was shocked; she had had no idea that she had been preventing her love from moving on. Of course she wanted him to be free. She was filled with guilt and remorse at never wanting to forget what he had meant to her.

With a mixture of sadness and joy, knowing that he, her Che, was going to find a place to be free and at peace, she let him go.

It had been 17 years since he had committed suicide, but to Christine it always felt like she had only just lost him yesterday. Her grief was continuous and unabated, the pain and sense of loss never changed. Christine had just over time learned how to live with it. But it was, indeed, time to let him go.

Christine was getting married in a few weeks, and for the first time in many years had found someone she truly loved. It was a very good time for her to start living in the present and to begin to let go of the past.

Christine’s attention was again drawn to the black crow. It was time to go. The crow leaped into the air and, with Christine, flew swiftly into the night sky.

The darkness of night began to recede as they made their way back to the desolate place with the still pool of water.

Christine opened her eyes and looked around at the circle of people she had been meditating with.

Did that just really happen, she thought to herself?

Whether it was real or just an extended part of her imagination, Christine felt lighter; it was like a huge weight had been lifted from her shoulders.