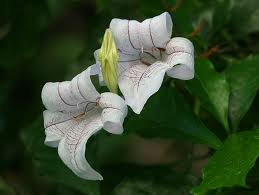 Complex Post-Traumatic Stress Disorder; this is my label of choice. This is the label I feel best describes my disability. Throw in some depression, anxiety, eating disorder and post-natal depression to spice it up and there you have it.

I have recently learned that depression is quite often biological, so it is possible for a person to inherit it from one’s parents.

My father was a depressive alcoholic, who would become violent when drunk.

My mother was a very anxious and nervous woman, even before she married my father.

I would love for this to be all there was in my background, but alas, no.

Being placed in such an illustrious category, there may be a tendency to believe that there is something wrong with you as a person. Perhaps we were bad people and for some inconceivable reason we deserved all this horror. Perhaps, if we can somehow be better people, it will stop happening.

WRONG. This way of thinking gives us the illusion of control, that we can put a stop to it. The reality is that this is not our fault!

When we have been a victim, it is like we have a sign on our forehead saying “Victim Here”. This causes us to stand out to the very people who want to harm. One of the psychologists that I have seen told me this.

This particular psychologist had a client who was a paedophile. He had told her that on visiting a playground, he could tell in one visual sweep which child to target because of the “Victim Here” sign.

Then she gave me an example taken from another client, who was a child. The father of this child recounted an incident that occurred at a crowded outdoor event. The father became separated from his child, and after a few moments of searching he spotted his son about 50 metres away. He also spotted a man walking towards his son with extremely focused expression and body language. He began running to his son through the throngs of people, his heart in his throat.

The stranger reached his son only a few seconds before he did. In one fluid movement the stranger grabbed the man’s son and started to propel him away.

The father quickly grabbed his son and turned on the stranger, who dropped the boys arm and ran.

When the psychologist asked the child what was he thinking when he became separated from his father, he said that he thought something bad was going to happen.

The boy’s mother had died recently and, in his mind, this tragedy would be followed by more bad events. So in effect, he had the “Victim Here” sign on his forehead.

My therapist told me all this in an attempt to free me from the guilt I felt that somehow all the bad things that had happened to me had been my fault. In fact, it has never been my fault, I was just a victim.

Professional intervention has been a very important part of my recovery. However, trying to find help in the first place can be daunting, frustrating and at times can appear to be a sheer impossibility!

The mental health system has not been an easy beast to tame.

I began my mental health journey with my local GP in my early twenties. I told him I was very anxious all the time, so he recommended relaxation tapes and breathing techniques.  He also said that exercise was a good way to deal with stress. At this point, however, I hadn’t actually told him about any of my traumas.

So I took up Yoga, burned scented candles, listened to soothing music and had long hot baths with essential oil. I found these things to be quite good. This was, of course, before I had my children.

My children are a blessing, but my need to protect them from all of the horrors that I had endured began to cause me to unravel. I remember being assessed for help after my second child was born. I was told that I was socially isolated and that I did indeed need some assistance. However, because I was renting a house in an affluent area, I didn’t qualify for any: they only had funding for people who lived in areas further north or south of the city.

This unravelling became quite serious when I was 36 years old. I was desperate not to allow myself to cause my children any distress simply because I was losing the plot. So I began searching for help.

I started with a hospital mental health clinic and at this point I was in a very bad way. The lady who greeted me at the desk took me into a side room and asked what my issues were.

This was to ascertain whether or not I qualified for any assistance from them. The lady said that she would book me into see a social worker in the next month or so. As you can imagine, I really needed help then and there.

When I said as much to the lady, she said I should go down to the beach and let the wind blow through my hair, because this always helped.

I could have guaranteed her that having the wind blow through my hair was not going to help!

I managed to make it to the first two appointments with the social worker. Her office was a mess and she swore constantly. I think that perhaps she did this to relate to me, as if anyone with my background must communicate on this level. I quickly moved on.

I went back to my GP and this time told him some of my secrets. He was shocked: he had been my GP since I was 15 years old and he couldn’t believe I was carrying around such horrors. He said that I never acted like someone who had been through what I had been through.

He organised a mental health plan with a psychologist and put me on antidepressants. This cost a lot of money and I know that many people cannot afford this. As it was, my mother in law paid my costs for me.

The psychologist had a tidy office, was well spoken and respectful. She listened to my issues and decided to use cognitive therapy and hypnosis. I stayed with her for about six months, and after this point I felt I needed more help then she seemed able to offer me.

I was then given a word of mouth recommendation to a psychiatrist. I asked my GP for a referral, which he grudgingly gave; grudgingly because he felt that psychiatrists only labelled and medicated. My doctor believed I needed actual therapy.

Well, this psychiatrist was astounding. Yes, she did label and medicate initially, but she also gave me intense therapy. I saw her weekly at first, then fortnightly, and now I see her monthly. I was empowered with strategies and constructive tools to enable me to heal. I have been seeing her now for three and a half years and will continue to do so for the foreseeable future.

I now write about what were once closely guarded secrets as part of my own personal therapy. I have found that in doing this, other people relate to my writing and it opens up a dialogue between us which is mutually beneficial. So I am happy to continue to do this, as a blogger in “Word Salad”.

Here’s to a better future for us all.