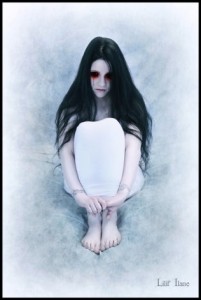 Adelaide was the first big city I had lived in. It was also the first house I had lived in for two years. I was born and raised in Bundaberg until I was 10 years old. Then my parents decided to sell our house, buy a caravan and travel around so my father could find work.

We lived on Prince Charles Street at Morphett Vale. I was attending Coorara Primary School for the last term of grade 7.  I was twelve years old.

I had made four friends at school at the time: Jillian, Emma, Cherie and Leanne.

Leanne lived up the street from me and Cherie lived around the block on States Road; Jillian and Emma lived much further away.

When we arrived at Cherie’s we found that she wasn’t home, so we went and sat down at the bus stop a couple of houses down from hers. We were deciding whether or not to wait there for a while or head back to my house, when Darren, her neighbour, approached us. I had been introduced to Darren the afternoon before; he was about 16 years old.

He asked us what we were up to and we told him that we had come to see if Cherie was home for a play. Darren suggested that we could come and wait at his house instead of sitting at the bus stop, because he knew that Cherie was going to be home soon. We said that it was okay, that we would wait at the bus stop. Then he said that he had just gotten some new videos and we could watch one, if we liked. Leanne said okay, so I did too, and we went with him to his house.

He took us through a side gate into the back yard, and I noticed his family had a trampoline. I loved trampolines, so I asked if I could have a go. He put his arm around me and said, “I thought we were going to watch a video,” and steered me into the house. This made me feel uncomfortable.

Once we were inside, I began to have a terrible feeling in the pit of my stomach. I cannot remember what was said, but I know I felt threatened straight away. I said I had to go to the toilet, and I quickly locked myself inside. I checked the window and immediately tried to climb out of it, so I could get help.

This would have worked, but he seemed to know what I was going to do. He said that if I didn’t come out, he was going to hurt Leanne. I couldn’t let that happen, so I foolishly came out of the toilet.

He grabbed me and I begged him not to hurt me. He roughly pulled down my knickers from under my dress and pushed his finger into me. I had never felt such pain! I didn’t understand what he had just done. I screamed and screamed, but he just stood there and smiled and said that I was wasting my time because nobody could hear me.

I stopped screaming and said that I had to get home, that I was a diabetic and that if I didn’t have an injection soon, I was going to die. This actually worked!

Leanne and I ran out of there as fast as we could, and I said my dad was going to kill me. My dad had said if anything bad ever happened to me, it would be my fault.

I went straight home and into the toilet. There was blood all over my knickers, and I was in so much pain. I just couldn’t understand what he had done. I went into my room and lay down on my bed. From there I could look into my dressing table mirror. I spread my legs so that I could see where the blood was coming from. To my complete surprise I discovered there was an opening in between my anus and urethra. Until this horrible, horrible, moment I had not know of its existence.

I went into the kitchen, in complete shock and terror, to find my mother. I found her and showed her my bloodied knickers, desperate for comfort. She became furious and turned on me, demanding what had I been up to! So I lied, and said I had fallen on a stick. I walked painfully back to my room.

She didn’t follow me, and nothing was ever said about what might have happened. I was sick with horror and shamed into silence.

The next day, I looked out of the lounge room window and saw Leanne standing out on the road in front of my house. I ran out to see her; at least I could talk to her about it.

She told me that she had gone back to the house, and that Darren and another boy had been there and had asked her to come inside. She had, and then she told me that they had held her down and put a broom handle up inside her. Of course, she was a mess and was coming to me for comfort. But I just went crazy with anger; I could not understand how she could go back after what had happened to us the day before.   I felt so betrayed, because I sacrificed myself for her so that she wouldn’t be hurt, only for her to go back and be hurt anyway!

That was the last time I ever spoke to her.

The aftermath for me was terrible. I began having anxiety attacks and nightmares. I remember one morning I had woken up and my big sister, who I shared a room with, said that the previous night I had been screaming in my sleep. She said it sounded like I was being murdered and asked whether I was okay. I didn’t tell her why I had been screaming; in fact, I was so scared she might find out that I was afraid to go to sleep at night.

I would become so anxious at night that I felt I had to escape my house, and I would run out onto the street and sit on the curb into the early hours of the morning. One night my mother found me out there and told me to come inside. She never asked why I was out there.

All this happened really close to Christmas, 1983. The following January I went to Wirreanda High School. This was very bad, because Darren went to the same school and I had to see him every day for a year. I would spend my recess and lunch hiding from him. He never said anything to me, but just the sight of him terrified me.

I remember one day, during our lunch hour, when Darren was being punched and punched by a popular year 12 boy. I ran up to the boy in the middle of the fight and said, “Please, hit him for me.” The boy stopped for a second with a look of complete shock and then resumed bashing him as I walked away.

I never saw Darren again after that, because he was expelled from the school.

This terrible trauma changed me forever. It effected every decision I made, how I felt about myself and how I related to other people.

When I was 37 years old, I began to see a psychiatrist. My psychiatrist encouraged me to report the incident to the police. She felt I needed to deal with this trauma so that I could begin to heal.

I went to the police station at Marion, and when an officer came to the desk and asked if he could help me. I asked if I could please report a rape. He was very courteous, and asked me to take a seat and said someone would be with me directly.

Then a male and female officer came out and asked me to come into a private room.

I was so embarrassed and I was afraid that I would be wasting their time.

I apologised to them for the fact that what I was about to report happened so many years ago. I also said I understood if there was nothing they could do.

To my genuine surprise, they said that there was no statutory limitation on rape and that they would indeed be acting on what I had to tell them.

I told them his name, where he had lived at the time, and exactly what had happened. They were respectful, courteous and so very kind. They didn’t treat me like it was my fault! I remember thinking to myself, “Now he is going to get in trouble.” In my head I sounded like I was twelve again, and I was so relieved that I finally had the strength to tell on him.

I was also so happy I had the yearbook with photographs of him and my eye-witness Leanne, so they knew I wasn’t just making up names.

I then had a follow up appointment with a very nice female police officer at Christies Beach police station. Apparently that is the department that deals with my sort of crime.

The female police officer said that they had located him. She then showed me a map of where he used to live and asked if that was the right house; I said yes. She said that they had confirmed that he had indeed lived there when the crime had been committed. Unfortunately, they were unable to find Leanne at all, despite a thorough search of Births, Deaths and Marriages, drivers’ licence records, and any other means they had access to.

The female officer then let me know that his criminal acts had escalated and that he had been in and out of jail. The most recent occasion was an assault on his parents; she said that he was a very dangerous person. She also said that because they couldn’t find the eye-witness that they didn’t believe that they would be able to make a conviction.

The officer said that I could continue and they would arrest him, but she also counselled me against it for my own safety, because they were not confident that they would be able to put him away.

Interestingly, despite all his convictions, I was the first one to report him for rape. This was, of course, going on his police file regardless. I told the police officer that I knew I wasn’t his only rape victim, because he had raped Leanne.

I signed forms, stating that I would not be continuing with the charges, but that if other women came forward and accused him of rape, I would absolutely testify against him.

The officer said that I was still entitled to victims of crime compensation, even though the charge wasn’t followed through to the end.

I explained to her that the only compensation for me would be having him found guilty and sent to prison for completely robbing me of my innocence.

Even though he wasn’t arrested, I still found the whole experience very empowering, and for the first time I was able to begin my journey of recovery.