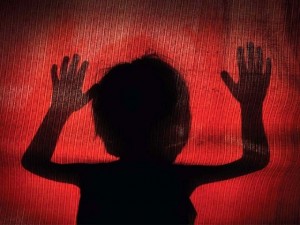 This is something my siblings and I grew up with and we each suffer the knock on affect of this in our lives today in varying degrees.

There were many, many incidences of this in our lives of varying intensity but one continues to stand out in my memory. This night I almost lost my big brother and sadly this night caused my big sister to leave me.

I believe I was twelve years old and for me this had already been a very bad year.

We were living in Adelaide and my brother was back living with us again, he would have been seventeen and my big sister was fifteen, we also had a little sister who at that time was five.

This recount is from my perspective as a twelve year old. I am sure there will be things that my siblings remember that I don’t.

Here is my impression of what happened that night.

It was evening and we were in front of the television in the lounge room.

I was sick; I had bronchitis and had lost my voice.

My father had come home intoxicated and when this happened, you made yourself very small and very quiet so as not to attract his attention. My father would be feeling bad and he would feel the need to take it out on someone. We were all very good at not provoking him, so he would sit there and pick, pick, and pick, on any or all of us until he found a justification to off load his anger on you.

My brother came home. He was very upset because his stereo had been stolen out of his car. But the last thing he got was sympathy. My father decided in his mind that this was exactly what he needed to go off!

He jumped up and started shouting at my brother, they were in the hallway so I couldn’t see what was happening only hear it. They then came into the lounge room. My brother was shouting his defence. My brother kept trying to walk away, because we all knew there was no reasoning with my father when he was being Mr Hyde.

My father kept grapping him, and was shoving him around violently.  My father started to say to my brother “Hit Me, Hit Me!”

I can only guess that this was because he knew he was in the wrong and wanted a reason to justify his aggression.

My brother was really upset, but knew hitting my father would just give my father permission to completely go wild on him. Which he has done before, but that is another recount.

So my brother turned to punch the wall, but it was the glass sliding door he hit. Which shattered as his fist penetrated the glass. This sent my dad wild! I got up and was kicking my father from behind trying to scream at him to stop with no voice.  My mum was saying stop as she always did, but he never listened. This time my big sister who tended to stay out of things ran to me with real fear in her face and told me to run next door and get help!

By this time I started to take in the blood that was flying everywhere. I ran to the neighbours who we didn’t know and banged on their door. The couple answered together and I guess in hindsight they must have heard what was going on. I screamed at them with my non existence voice to help! They just stared at me, so I begged them to please call an ambulance for my brother! They said they would and I ran back to our house. My sister was in front of my father telling him what for. Something I had never seen her do before. My brother was crying and my Mother had wrapped some cloth around my brother’s arm, it was bleeding very badly.

The next thing I remember is the ambulance came, my Mother rushed my brother out to them, and I am guessing, so they wouldn’t come inside and see the blood that was everywhere!

My little sister had to be there somewhere, but I can’t really remember.

My father ordered my big sister and I to clean up the blood, I remember my sister getting a bucket of water and some cloths and towels. There was blood spray reaching across the walls. There was a very big pool of blood on the carpet where my brother had been standing. In hindsight I can’t help but think the glass must have cut an artery.

My father started to panic; it finally occurred to him that this wasn’t good.

He started begging us girls to tell mum, not to leave him! He followed my big sister into her bedroom and started begging her help to make sure mum didn’t leave. I can’t remember exactly what she said. But I do know that she was telling him how his behaviour was not expectable. She also said that she was leaving, because she could no longer live here after what had happened.

I can’t remember mum coming home though I know she did.

I don’t know what happened in the ambulance, whether or not my mum told the officers what had actually happened to my brother, or whether they just said, that he had had an accident.

No police came, so I guess they were never called by the neighbours or the hospital.

I do remember my big sister leaving me; she left home at 15 years of age. My brother lived, but now that I think about it, he didn’t come home either.

I love my big sister more than anything and it broke my heart when she left. But I do understand.

I love my big brother just as much but he had left many times before and I had become used to him not being there, but I knew that now they were both far better off.